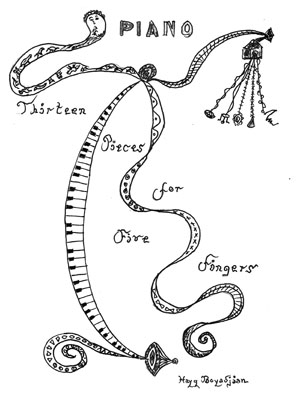 Boyadjian … employs a considerable amount of conventional and even traditional melody, … recombined in original and unexpected ways…

Boyadjian’s Odessas the most rewarding  pieces from start to finish.

He is a colorful composer whose music sometimes reflects his Armenian heritage.

… displays the fine craftsmanship associated with a master like Hindemith.

Scorpius Rising …the veritals and progressions employed are not the usual functional harmony fare. Like Sibelius this craggy, gritty stuff, … never settles for the easy way out.

The second symphony is built entirely on two motives … the journey is a convincing and engrossing one.

Hayg Boyadjian is a keen astronomer … Scorpius Rising, depicts the movement of heavenly bodies in outer space in a full-blooded, sometimes explosive language.

… Second Symphony … statements are granitic and much here is densely argued with powerful chromaticism and brusque drama. … It’s a though, sinewy work and deliberately uningratiating.