on this page:    Biography     Artist's Statement 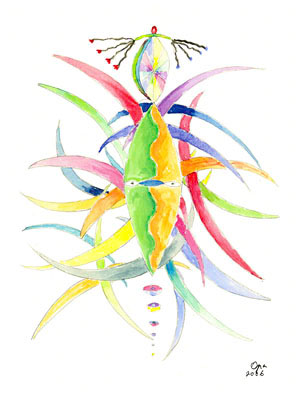 Hayg Boyadjian, Grammy Nominee composer, was born in 1938 in Paris, France. At an early age he immigrated with his family to Buenos Aires, Argentina, where he started his musical studies at the Liszt Conservatory. In 1958 he immigrated to the USA, and presently lives in Lexington, Massachusetts. In the USA he continued his musical studies as a special student first at the New England Conservatory and later at Brandeis University. Among his teachers were Beatriz Balzi (student of Alberto Ginastera, with whom Boyadjian had several consulting meetings), Seymour Shifrin, Alvin Lucier, and Edward Cohen.

He has composed a large number of works from chamber to symphonic. Many of his compositions have been performed throughout the world: USA, Brazil, Argentina, Japan, Korea, Russia, France, Holland, England, Spain, Armenia and others.

A number of his scores are available through the American Music Center, New York and on the internet through Sibelius Music.

Some of his chamber and symphonic compositions are recorded on the following CD labels: Living Music; Society of Composers Recordings; North/South Consonance Recordings; and Opus One Recordings. You can view performances on his YouTube channel.

He is a member of the Composers' Union of Armenia, ASCAP, Society of Composers, the MacDowell Colony, and others. His name is found in the Who's Who in American Music, the International Who's Who in Music.

More than 40 of Hayg's scores are available on Score Exchange, for perusal or purchase.

The artist’s function is to project in his/her art a reflection of contemporary life transmitted via one’s lifetime personal experiences. Taking into account to transmit these experiences into a format that is not only comprehensible but also original. That the artist would be influenced by the past is logical, but the artist must not imitate the past, he/she should adapt the past and give it a new direction, a new life.

The artist should have two obligations. First, the belief in the sincerity of one’s artistic creation, formulated by work and inspiration. And the second, is in considering that one’s contribution to the present aesthetic, derived from the aesthetics of the past, will become the seed from which will be born the aesthetic of the future.